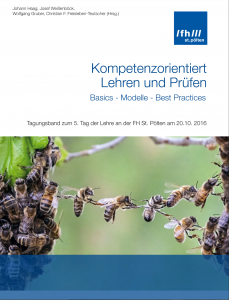 For the first time, I participated in a so called “DisqSpace”, a relatively new discussion format that is designed to allow for a higher level of interaction between the presenting speaker and the audience. In each corner of a room, a topic is presented by a guest speaker. All speakers and topics are introduced by a moderator. Thereafter, the participants split up into four groups, which will ascribe themselves to an individual corner (topic). After 15 to 20 minutes the groups rotate and move on to the next “station”. Within 60 to 90 minutes, the audience has visited all corners (topics) of the room.

The poster can be found at slideshare:

As always, the conference was perfectly organized by the friendly team of SKILL @ FH St. Pölten: Thank you very much!

And I really enjoyed the vegan stuffed peppers at the lunch buffet!

@ Christian F. Freisleben-Teutscher: Thank you very much for the interview!