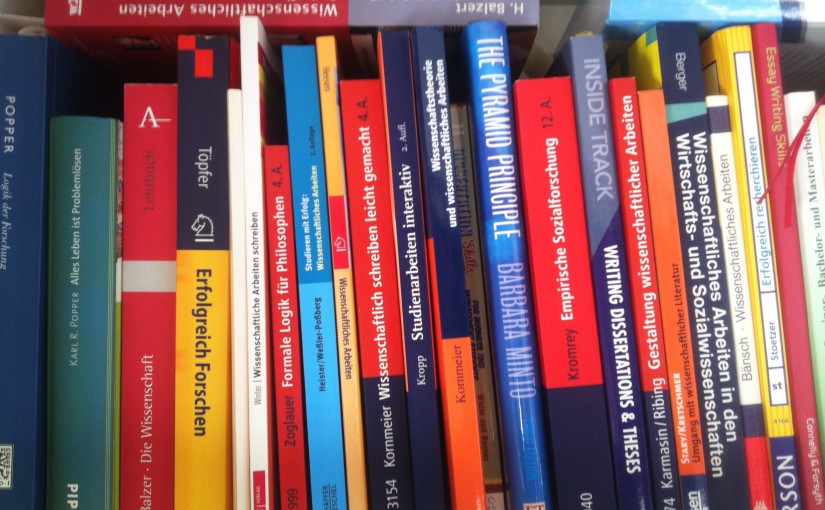 Academic research and writing – Advancement of a didactical course design

Since summer 2014, “Academic research and writing” has been a mandatory course of the degree programme “Foreign Trade/International Management” (B.Sc.) at HAW Hamburg. Previously, the course was transformed into a blended learning scenario (see Project “Blended learning @ HAW Hamburg 2014”).

However, the distribution of grades did not properly reflect the achievements of students (skewness). Consequently, the course was redesigned in line with the concept of competency-based education.

The new concept was implemented during the winter term 2014/2015. Three instructors were involved in the grading of term papers, posters and literature search protocols in order to avoid a grading bias. At the beginning of the term, students were extensively informed about the new concept. However, a failure rate of 24% (14 students) was observed. The following aspects have been identified as reasons for failure:

At this point, time management seems to remain a major issue that needs to be closely monitored and eventually be addressed in the future.

The concept and its results were presented on an internal conference at HAW Hamburg on 26 June 2015: